TransPennine Express is a British train operating company, running intercity services which link some of the biggest cities and towns across the North of England and (parts of) Scotland. TPE is a part of First Group, a multi-national transport provider based in Scotland.

Prior to working with us, TransPennine Express were using paper records in each station to record the details of their season ticket holders. Whilst this met the contractual obligation to record the passenger's details, it did not allow the TOC to make best use of the data to efficiently deal with customer queries and after sales processes.  Due to the budgetary constraints of a smaller TOC, Transpennine Express were unable to invest in the 'on premise' implementation of GoldSTAR typically used by larger train operating companies. They wanted a value for money solution with a low requirement to commit their own resource to the upkeep of the system.

Team Technologies already offered a fully managed, hosted GoldSTAR system for training and test purposes. As part of the development of a major release of  GoldSTAR (Release 3), Team Technologies had explored the use of more cost effective, alternative open source platforms, including Linux, GlassFish and PostgreSQL. The introduction of these alternative building blocks allowed Team Technologies to offer a hosted version of GoldSTAR. We sought out a hosting partner with a high service ethos and values in line with our own, including  ensuring tight security of premises and data.

Having proved the efficacy of this model through hosted Test and Training systems in the initial stages, we soon established that when combining the use of open source tools with the ability to host full blown GoldSTAR, we could drastically reduce the cost of ownership for smaller Train Operating Companies, who could not previously justify the costs of an in-house GoldSTAR system.

TransPennine Express became the first train operating company to use a hosted GoldSTAR system in a production environment.

Security is a core requirement of any system storing customer details.  We wanted to demonstrate our commitment to this as a whole and have achieved ISO27001 accreditation in 2018.  This helped us put the spotlight on both our internal and external partner processes and procedures and make sure they were up to scratch.

We deliberately chose  a hosting partner that met all our security requirements including having the expertise to implement a reliable, secure and high speed VPN connection between the Customer’s network and the hosting site.

Customer benefits of opting for a hosted GoldSTAR system

Identifying customer fraud based on ticket purchase and address location

What our customers say about us...

Team Technologies provide a very good service and represent excellent value considering the amount of data facilitated by the GoldSTAR system.
Graham Rimmer - MerseyRail
Arriva Rail North have been working with Team Technologies since 2014, and in all of our engagements have found the team to be really customer focused and solution orientated. They are a really friendly bunch who are easy to do business with
Arriva Rail North 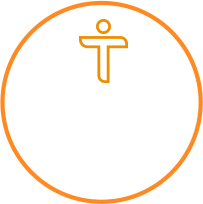